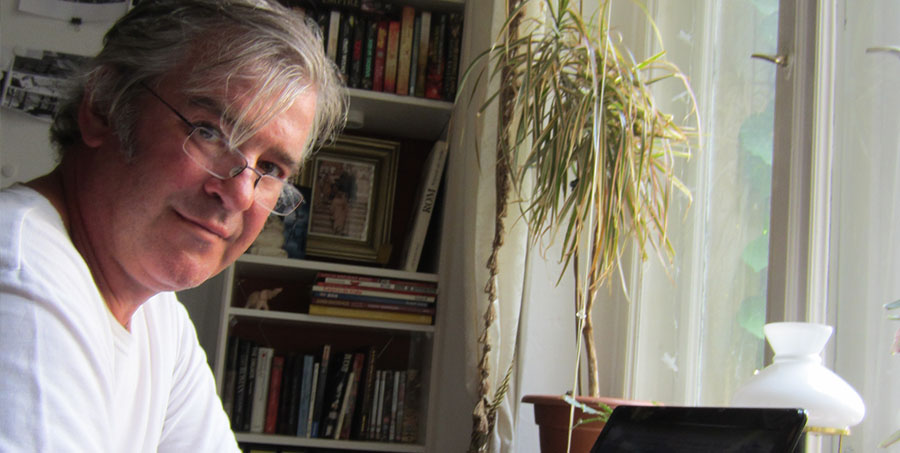 Robert Fabbri was born in Geneva in 1961. He was educated at Christ’s Hospital School, Horsham and London University. He worked for twenty-five years as an assistant director in the film and television industries.

Having had his fair share of long, cold nights standing in the rain in muddy fields and unbearably hot days in deserts or stuffy sound stages he decided to start writing.

Being a life-long ancient war-gamer with a collection of over 3,500 hand-painted 25mm lead soldiers and a lover of Roman Historical Fiction the subject matter was obvious.

When is the next book out?

Rome’s Lost Son is just out in hardback and will be in paperback in August 2015. Then the Furies of Rome will be out in March 2016. Between them the next Magnus short story, The Alexandrian Embassy, will be published on Kindle and E-book this November.

When and where do you write?

I write in my study in Berlin surrounded by my research books and a load of Historical Fiction, as well as my 3,500 hand-painted lead soldiers. I play classical music quietly in the corridor as a background. I try to sit down by 1100 every day having done an hour’s exercise and at least an hour’s reading. I work through until 1900; however, not much happens at first until I hit my sweet spot at around 1700. Most of my books are written in the last couple of hours of the day.

Because he had such a remarkable career that took him to almost every part of the Empire so the backdrop for each book is different. Coming from virtually nothing to becoming the Emperor of Rome was an admirable feat that I wanted to explore. I also can relate to his humour which gave me a clue to his character. However, I’m well aware that no one got to where he did by being a nice chap in the sense of the Western-Christianized moral code that we live by; far from it. I therefore have the opportunity to take a nice innocent country boy and pass him through all the hard lessons and trials that he will need to strengthen his character, in Roman terms, to the point when we can believe that he has got what it takes to become the Emperor.

How much historical research do you do?

How does your background in film and TV influence your writing?

Very much; I’m a very visual person and tend to translate cinematic images from my head to the page.

Are there other historical characters you would like to write about?

Yes, but if I told you I’d be obliged to shoot you.

What’s your favourite fact about Vespasian?

His last line: ‘Oh dear, I think I’m turning into a god.’